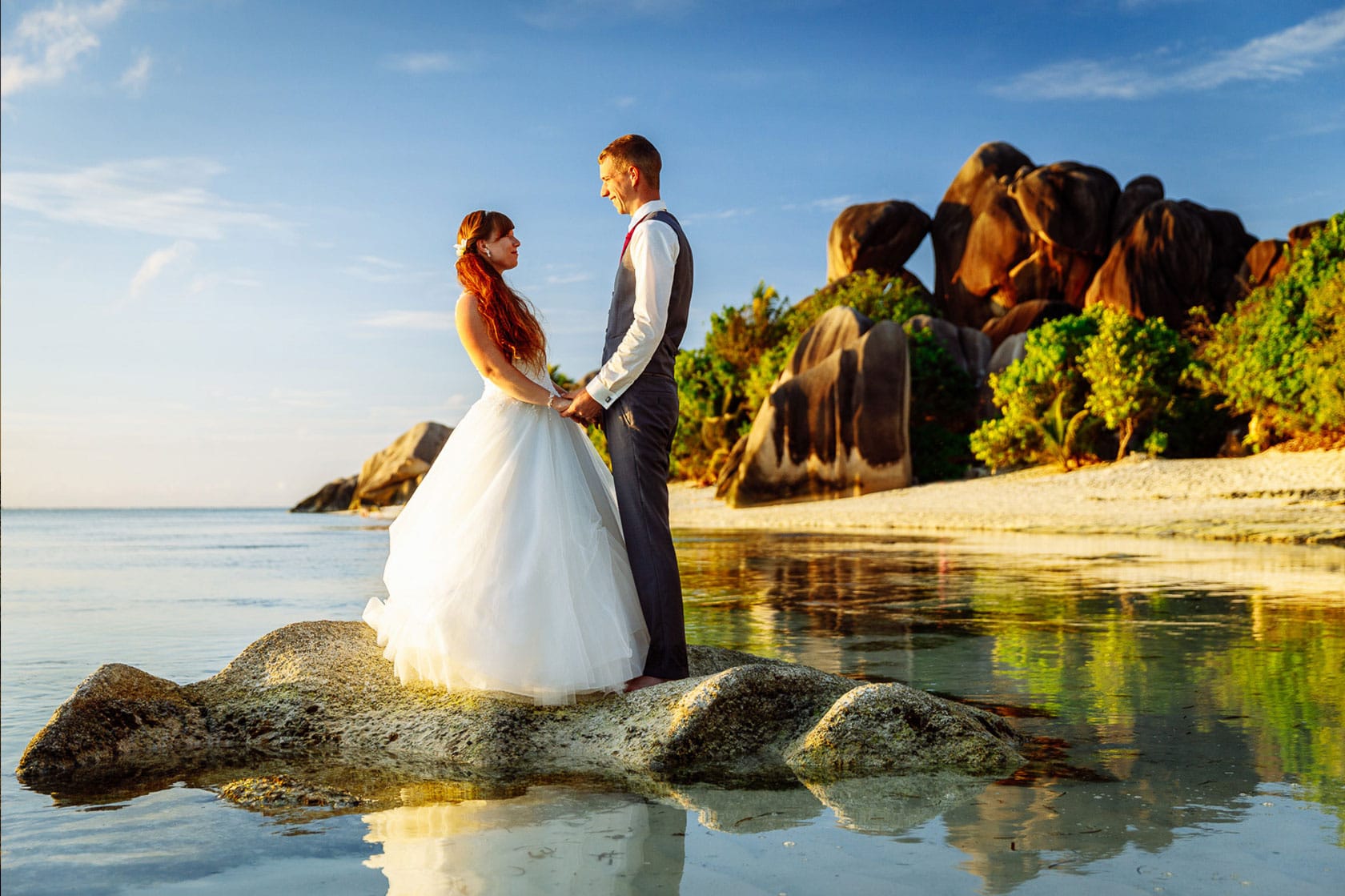 Mostly it's the BridesIn this case, however, it was once again the groom. Marco from Brandenburg sent me the following message in early 2018:

"Hello Mr. Dickmann, my girlfriend Nadin and I would like to get married in the Seychelles, but we don't know how to do that or where to book best. I have looked through some reports of Seychelles weddings or read through where you have been the photographer, so it would be great if you could take the pictures with us. Maybe you could also give me some tips on how to book our wedding."

After several phone calls we met personally on my favourite island La Digue on 26.10.2018. I picked them up at their accommodation "Villa Authentique" and together we cycled to the as always excellent Creole buffet in the "Zerof Restaurant", where we discussed everything for the big day, which took place four days later.

for two days i took great pictures with nadin and marco. the weather was - as actually always at the end of october - phenomenally beautiful and the light was terrific! in addition, the water at the anse source d'argent is even flatter at this time of the year at low tide and therefore even calmer than for example in may. so we could take the current "photo of the week" at the world famous Anse Source d'Argent shoot.