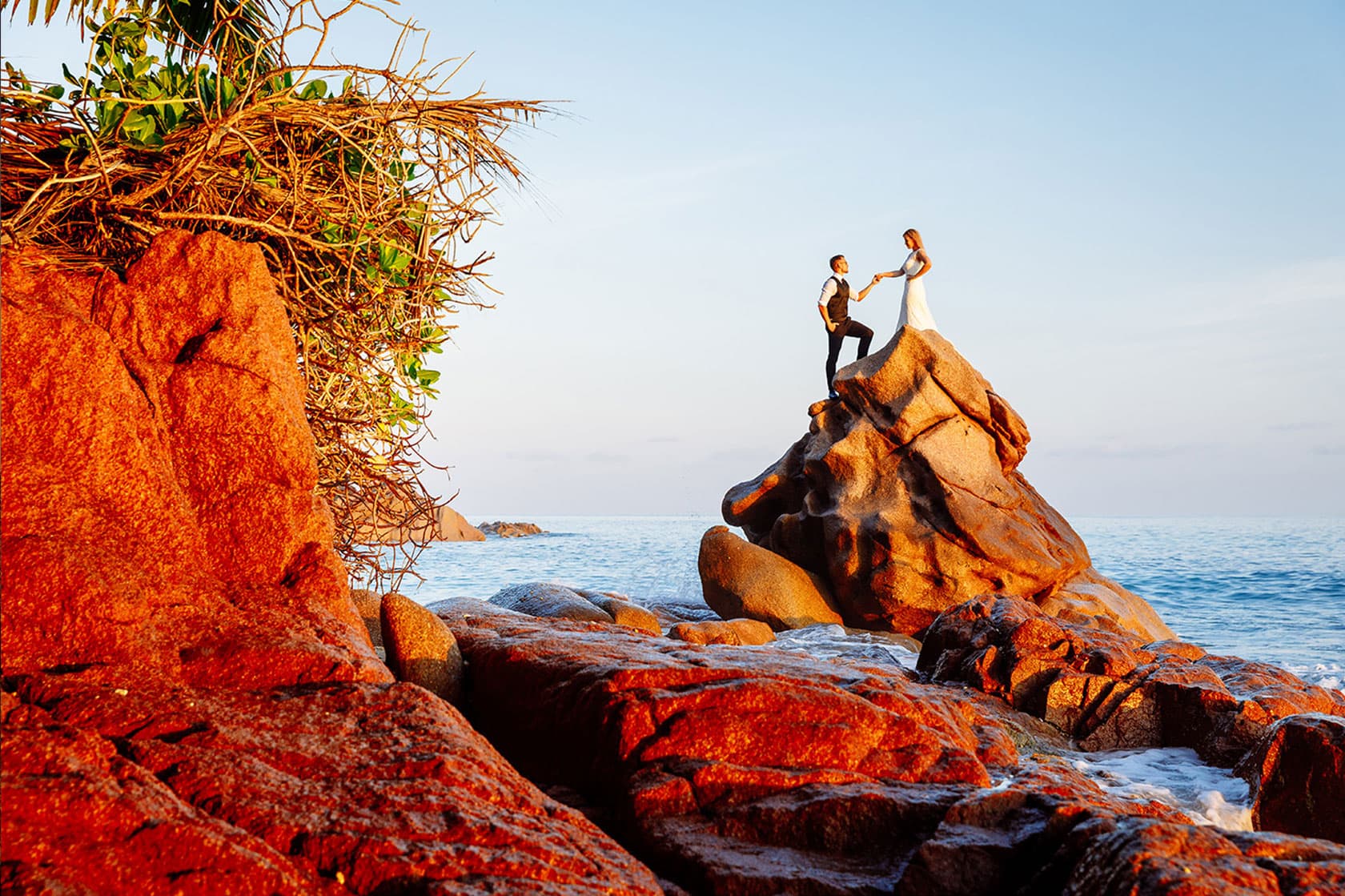 Already at 05:15 I met Simone and Andreas at the only gas station of La Digue in complete darkness, because we had something very special planned for this beautiful November morning!

Our bike tour to one of my favourite photo spots of La Digue took about 15 minutes, and the sun did not rise until 05:54 that morning, but since they had to change at the finish, we had plenty of time.

While the two of them were changing, I slowly walked over to my perfect photo position - which was not without danger with the strong flood on the wet rocks.

After arriving unharmed, I saw Simone and Andreas climbing the photo rock in full wedding gear, which was to be bathed in a wonderful, deep red light by the rising sun a little later. I had shown them the way up the rock the day before and guided them safely up - after all, we had been there the day before in bright sunshine to take pictures at the same spot with a deep blue sky.

a short time later the sky began to change colour in beautiful pastel shades. and after the sun had fought its way over the first clouds, which stick to the horizon almost every morning at 06:02 a.m., the whole scenery was bathed in wonderfully warm red light. the sea was roaring, the sun was shining fire-red, i couldn't stop photographing with enthusiasm - i get goose bumps just thinking about it!

During the day we took many more great pictures at other fancy photo spots of La Digue - but this is a story to be told another time... 🙂