Wedding Seychelles - Photo of the week: Wedding at La Digue!

Wedding Seychelles - Photo of the week: Wedding at La Digue! 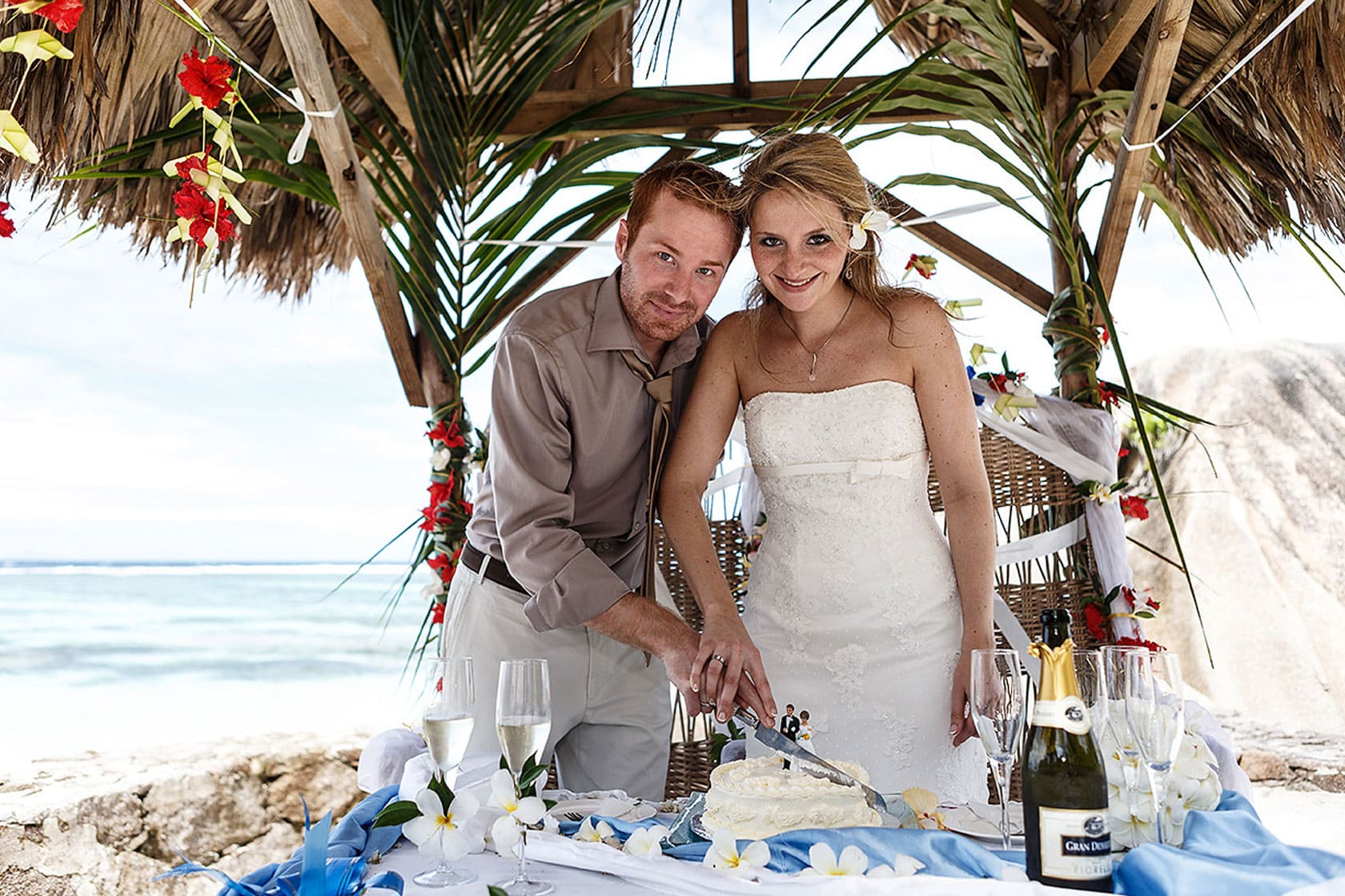 Let me introduce you: Sandra & Thomas! 🙂

The two likeable people from Cologne flew to Fuerteventura at the end of October 2012 to spend a few days on holiday there - at least that's the story they told their family and friends in Germany.

In reality, however, they spent their holidays on an island in the Indian Ocean that is not even 1% the size of Fuerteventura - namely on La Digue, the Seychelles Island, which is repeatedly described as the "most beautiful island in the world".

But it wasn't supposed to be a pure "recreational holiday" - no, the two had something very special planned for their trip: They wanted get married on La Digue Even the parents knew nothing about it; I was the only person who was initiated.

And so it came about that I travelled to the Seychelles a few days before the wedding and accompanied the two of them with my camera for a full four days. As you can now imagine, the image yield is of course enormous! Today I will start with a picture showing the two of them cutting their enormously delicious wedding cake a few moments after they said yes at the Anse Source d'Argent!