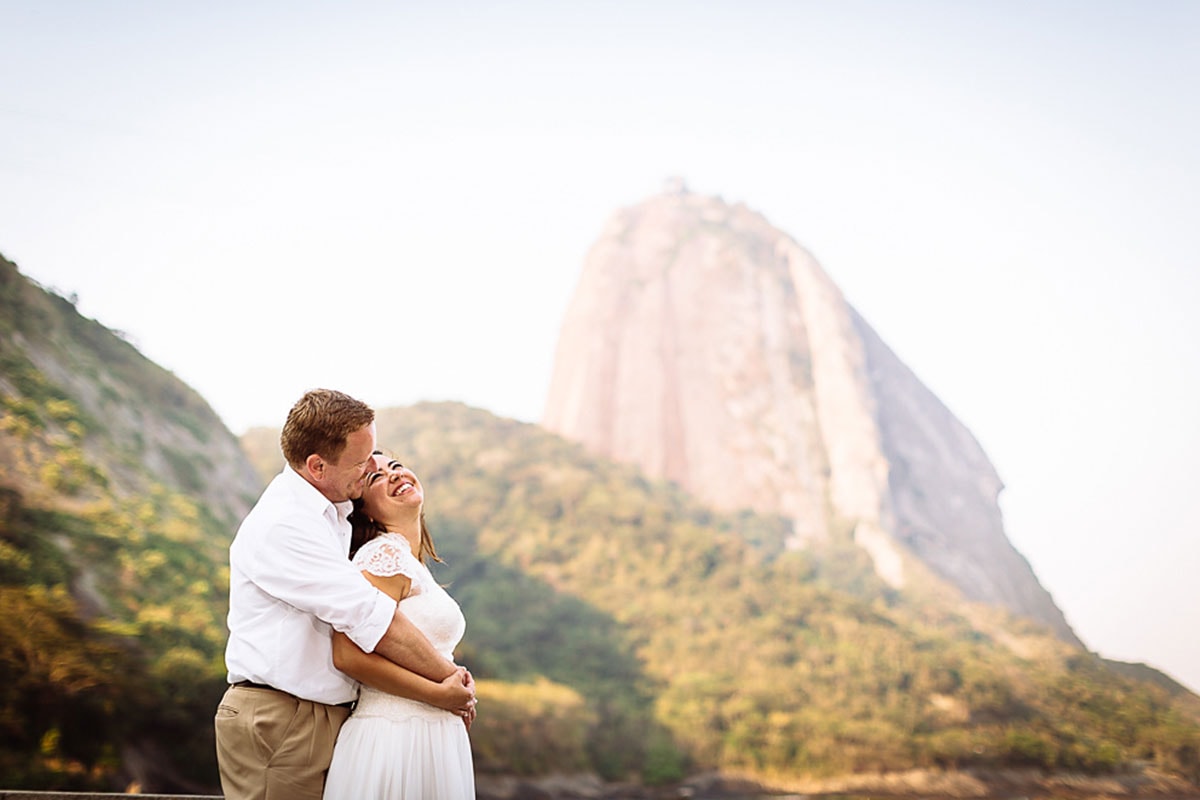 On Tuesday, 28 May 2013 I received an email from Aike - an old "internet acquaintance" from the Rhine-Main area - I was quite surprised when I read his name, because I hadn't heard from him for at least six or seven years!

Aike is an excellent Travel and landscape photographerIn the middle of the "noughties" we exchanged regularly by e-mail on the topic of the "noughties". Photography and met us in November 2005 at Frankfurt Airport, when I flew with Sabrina from there to Palau (Micronesia) - because Aike was kind enough to lend me a mobile data storage device, on which I could store my travel photos in Palau.

So far, so good. For years we didn't hear from each other again - until the aforementioned mail at the end of May 2013, in which Aike told me that during a holiday in Namibia he had met the lovely Rossana from Brazil, the "woman of his life"! The two had planned to meet in early September 2014 in Rio de Janeiro to marry and wanted to ask if I would like to take the wedding pictures! 😀

Of course I wanted to - but unfortunately there were already several weddings in Germany in September 2014 on my calendar! Fortunately Rossana and Aike decided to have a wedding in mid-October and our common "Adventures in Rio" there was nothing in the way... 😀

Rossana comes from Rio de Janeiro and together with Aike had chosen probably the most beautiful wedding location you can find in Rio. Sugar Loaf married and then celebrated in high spirits.

It was totally interesting to see how much Brazilian wedding the dinner took place more "on the side", where everybody could take what he/she wanted throughout the whole evening. that's why the dance floor was already crowded from 7 pm on the whole evening! in the other half of the hall i was busy taking dozens of small group photos - in the middle of the space between the tables. at weddings in germany, a suitable, neutral background is usually chosen meticulously before starting with the small group photos. at this brazilian wedding it was completely different: here it was more about making sure that all persons were recognizable... 😉

With each newly formed constellation, the South American joie de vivre was striking: Everyone grinned broadly and laughed - and at the next table one waited visibly eagerly for one's turn to drop the bride and groom around the neck and have a small group photo taken! And the photographer was also pressed and cuddled by many a guest! 😀

the great live band really gave full throttle and the cocktail bar, where i later also refreshed myself and where i was allowed to enjoy the probably most delicious caipis of my life, was well frequented. much too early the party ended at 10:30 p.m. well, that's unfortunately the custom at brazilian weddings, as i was told. the whole evening i was under "pleasant high tension" and only allowed myself two short breaks of a few minutes - one to enjoy at least one of the many excellent courses of the dinner and another one to get some fresh air outside and enjoy the view of the moonlit sugar loaf.

I could tell you a lot about this exciting and highly interesting Wedding in Rio and of course also tell about the city itself - but i prefer to let pictures speak for themselves. most of them in colour and only very few in black and white - because that would not do justice to this spirited and colourful south american wedding. have fun looking at the pictures! 😀 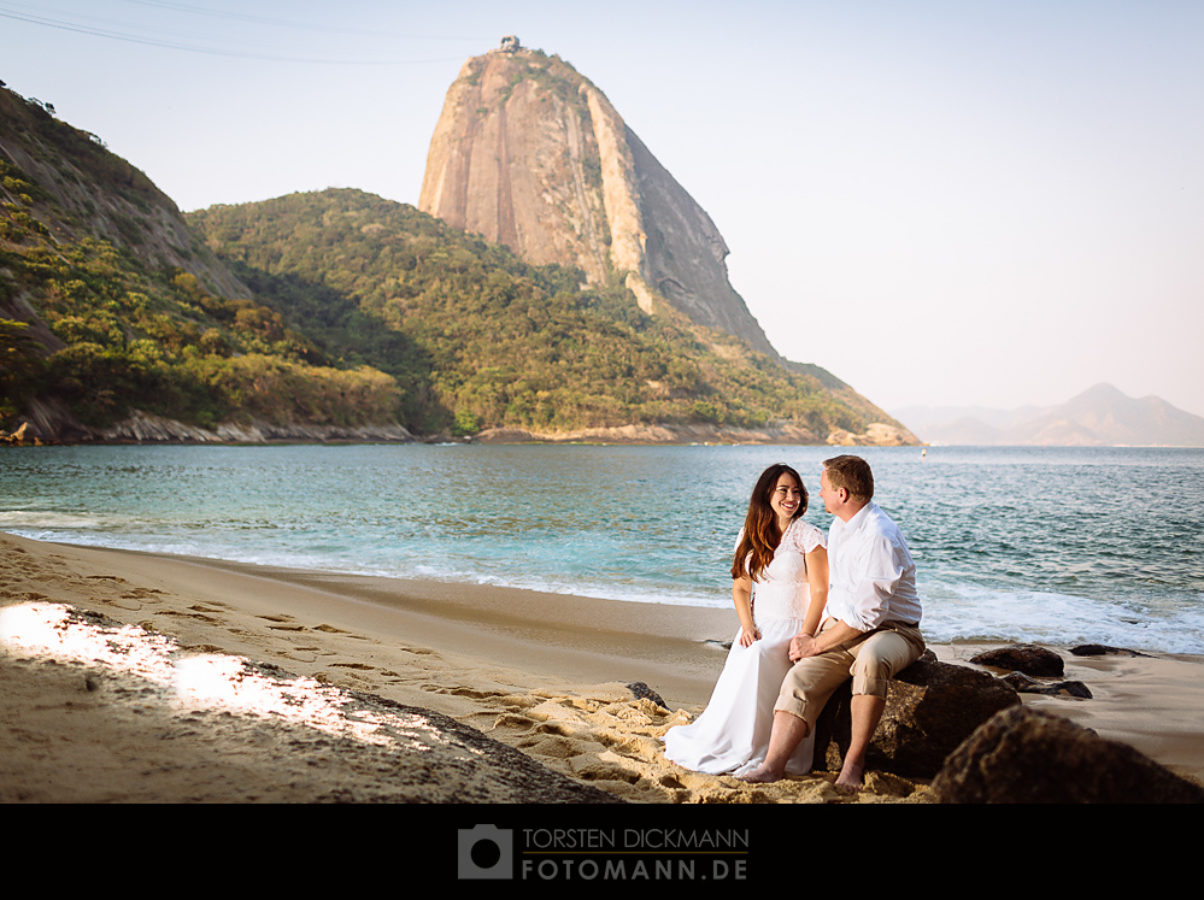 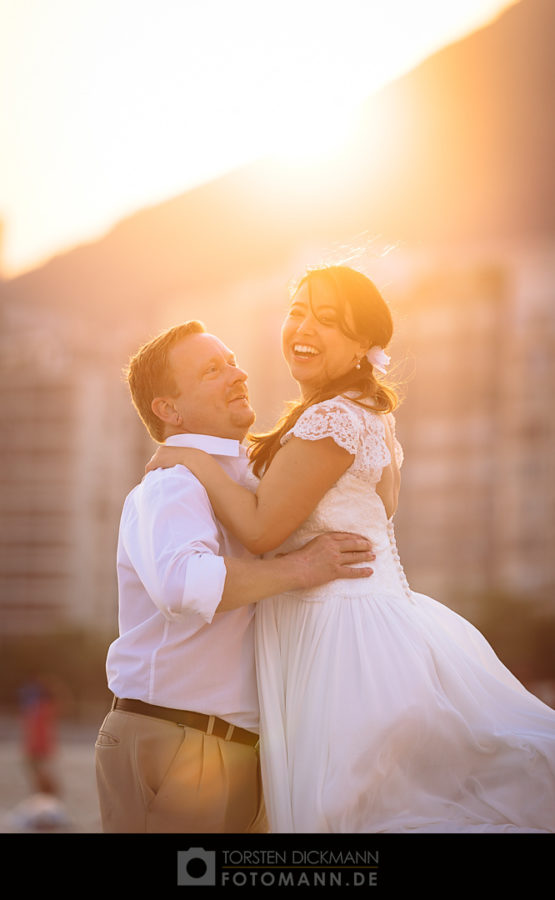 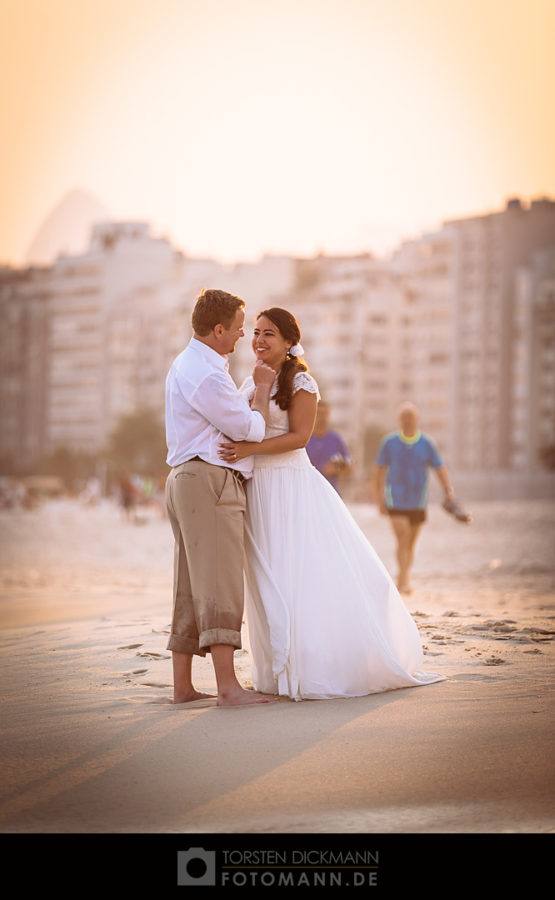 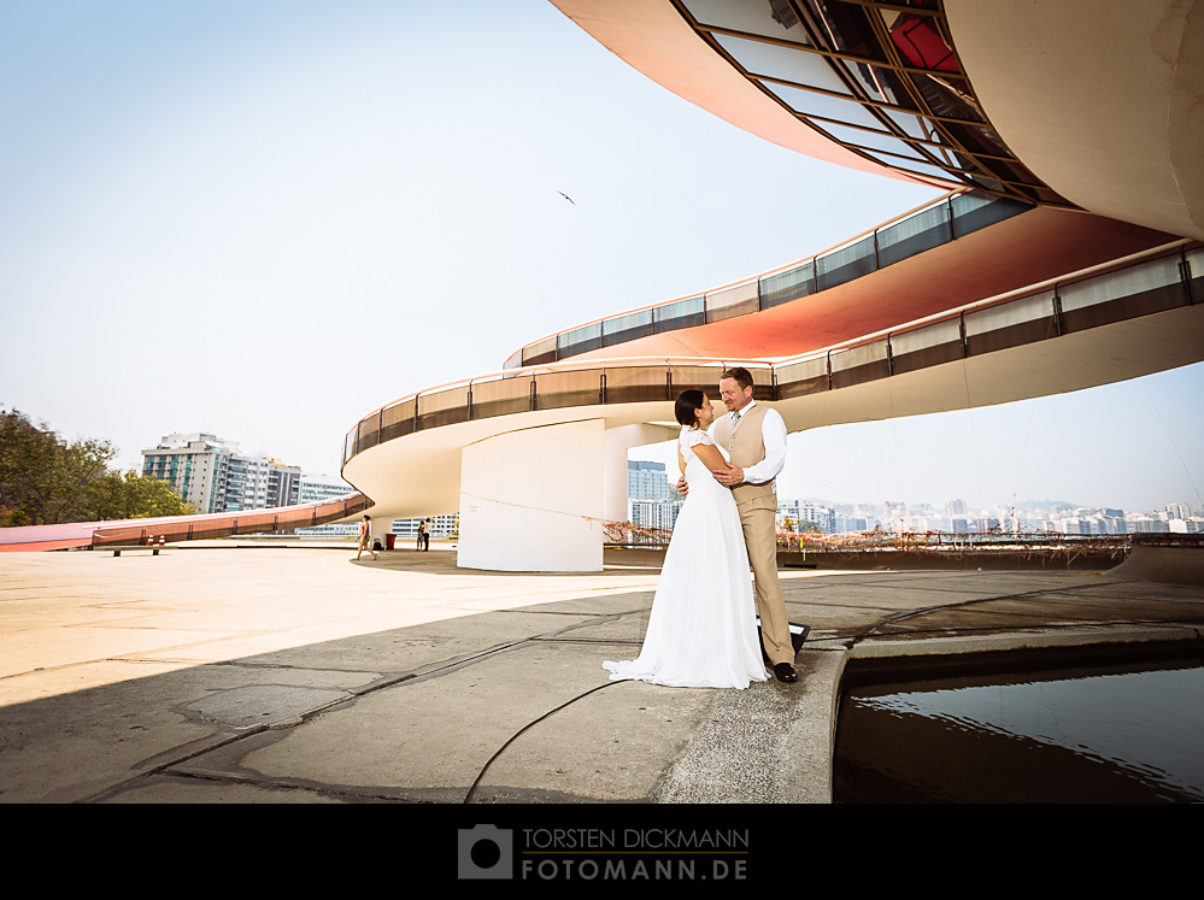 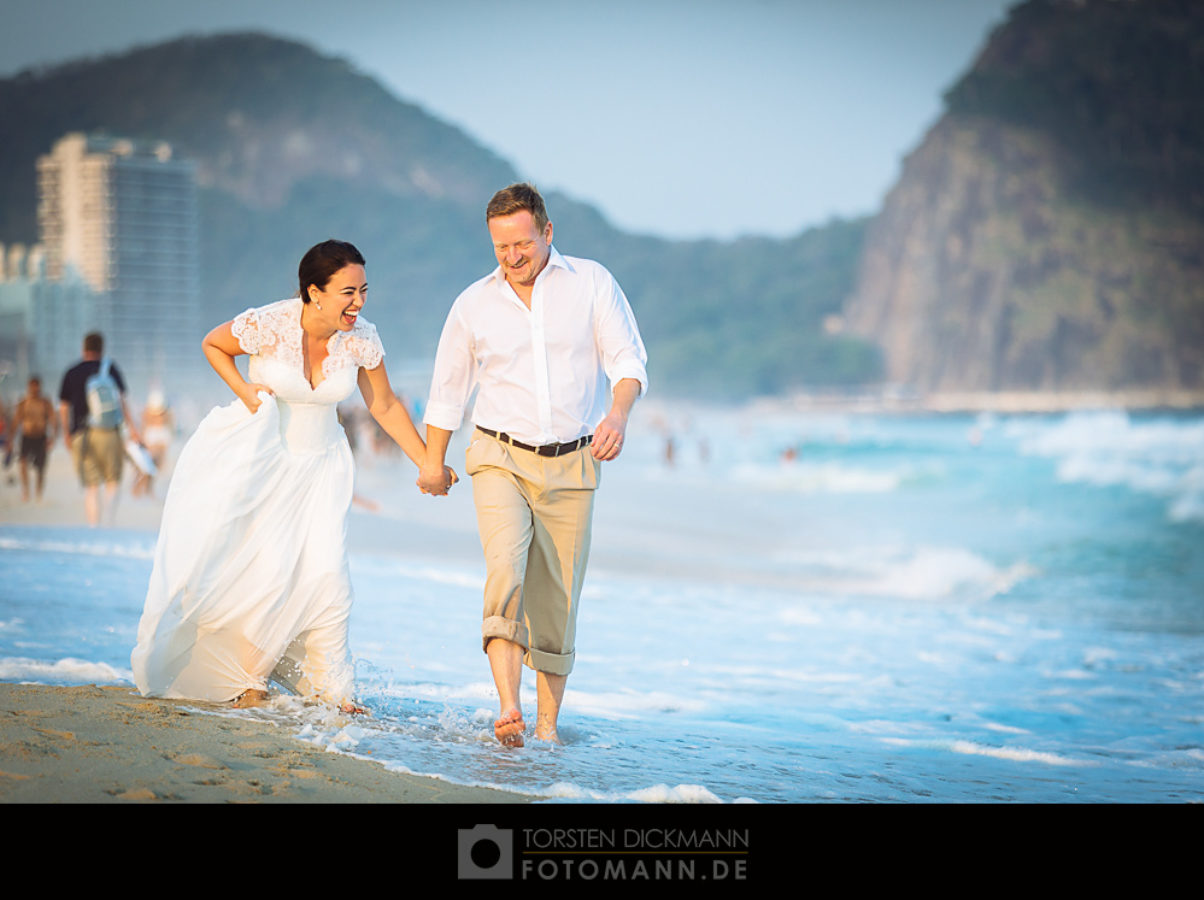 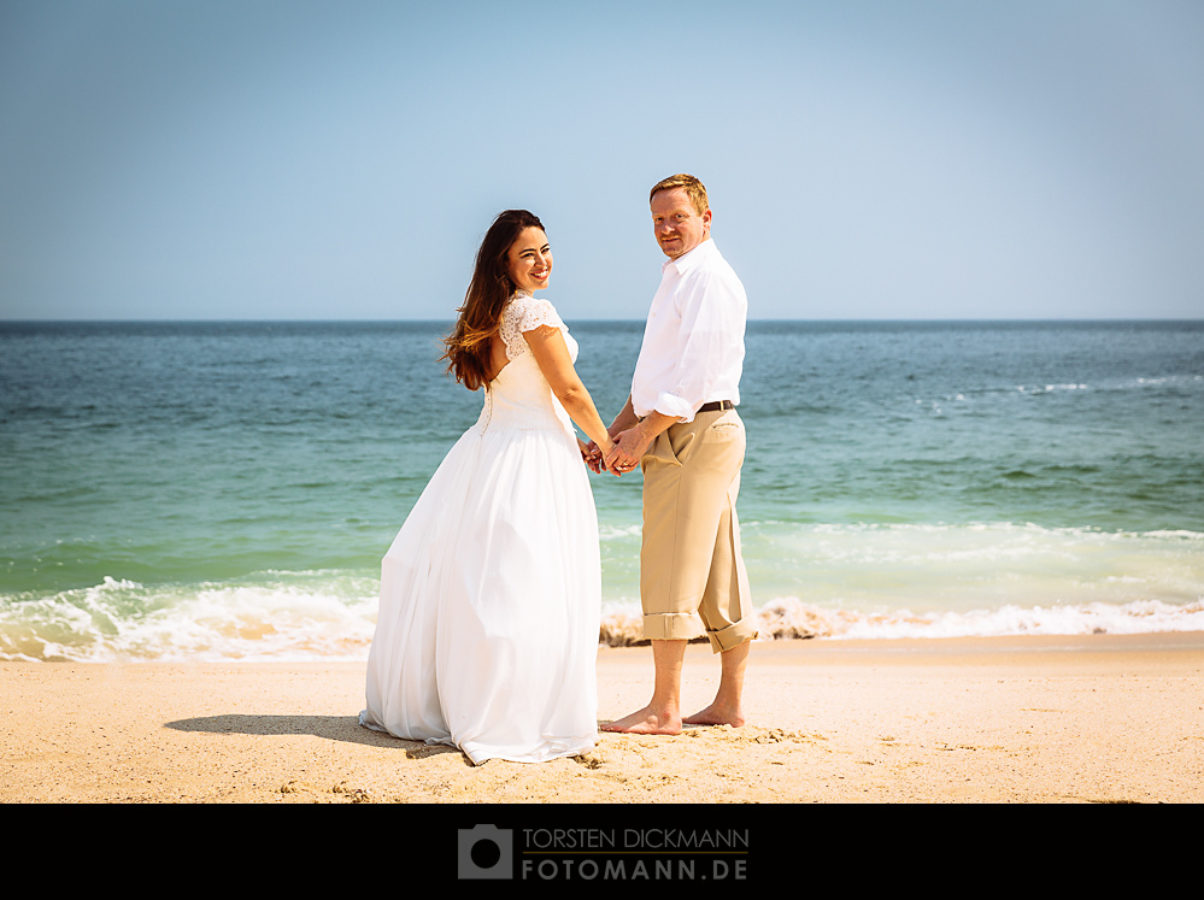 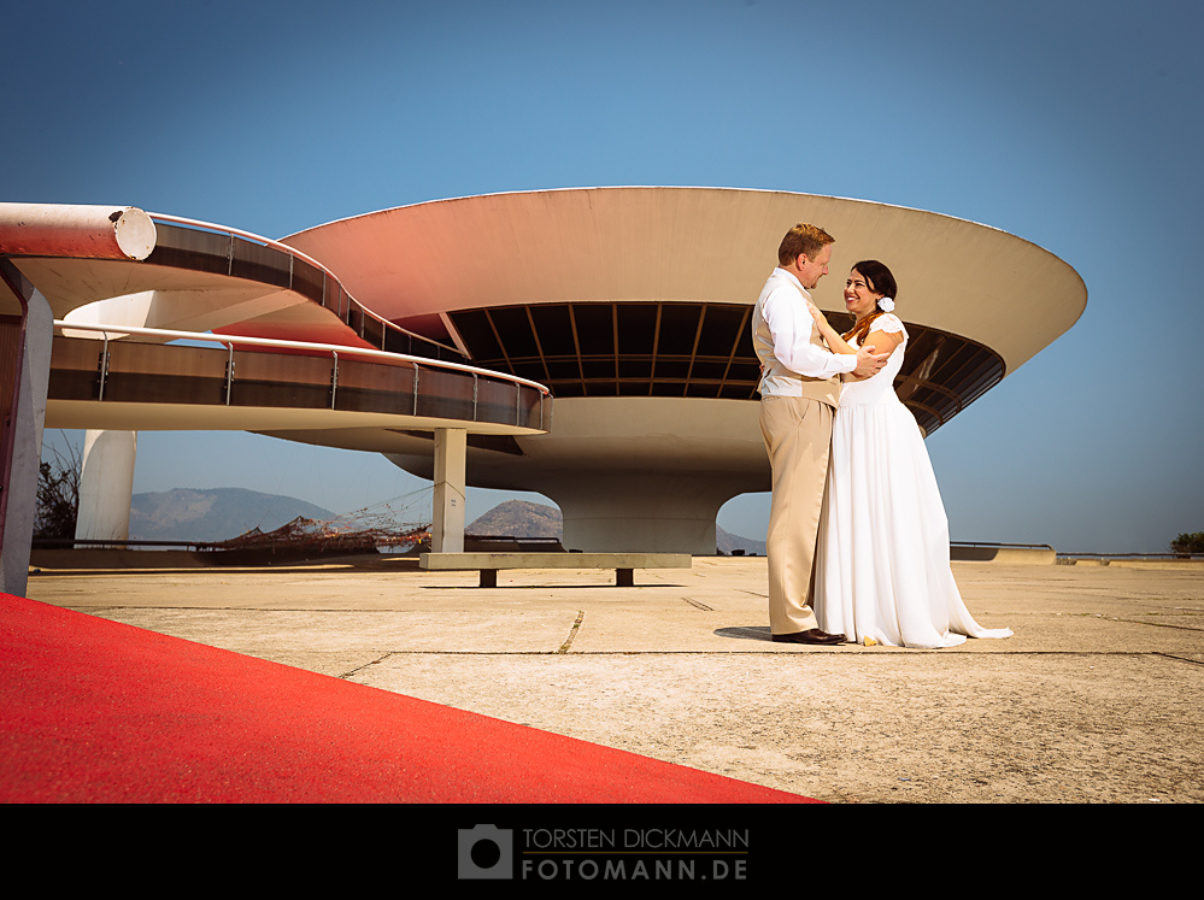 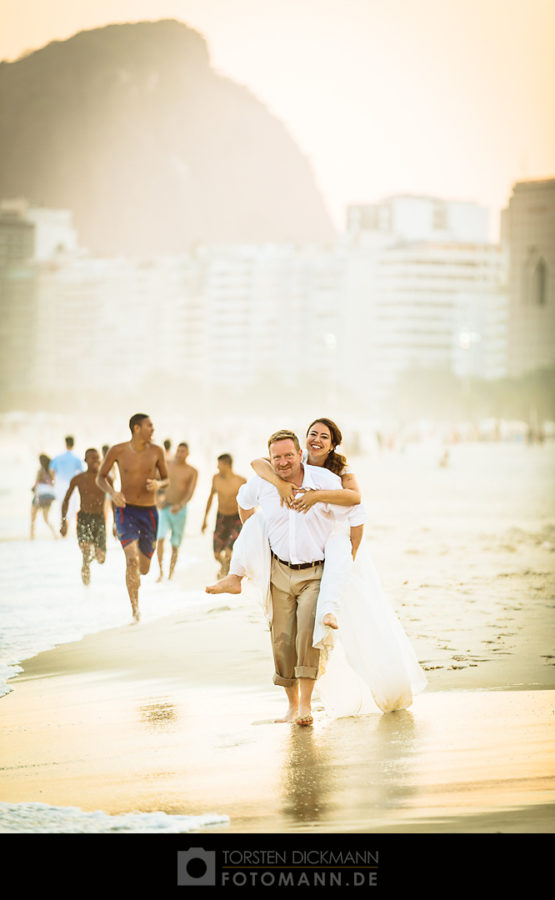 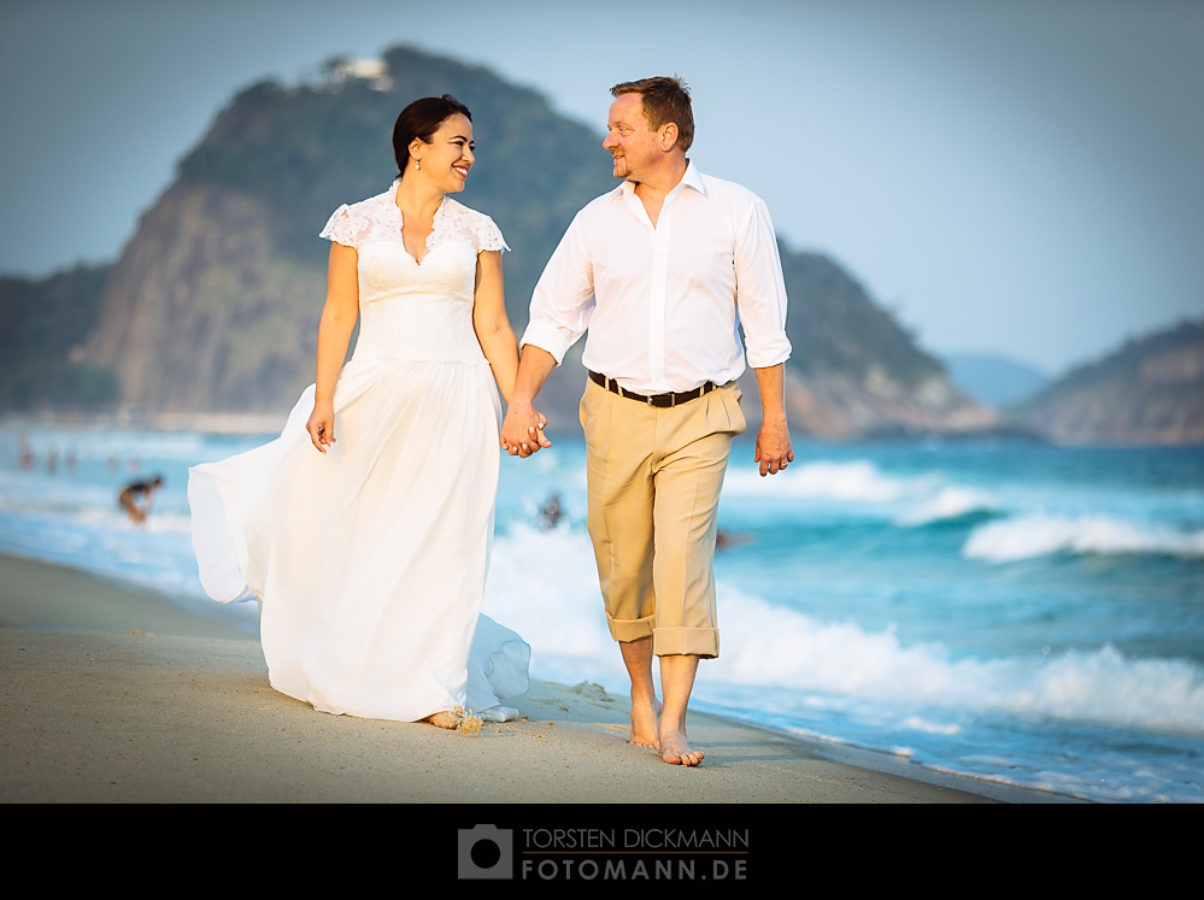 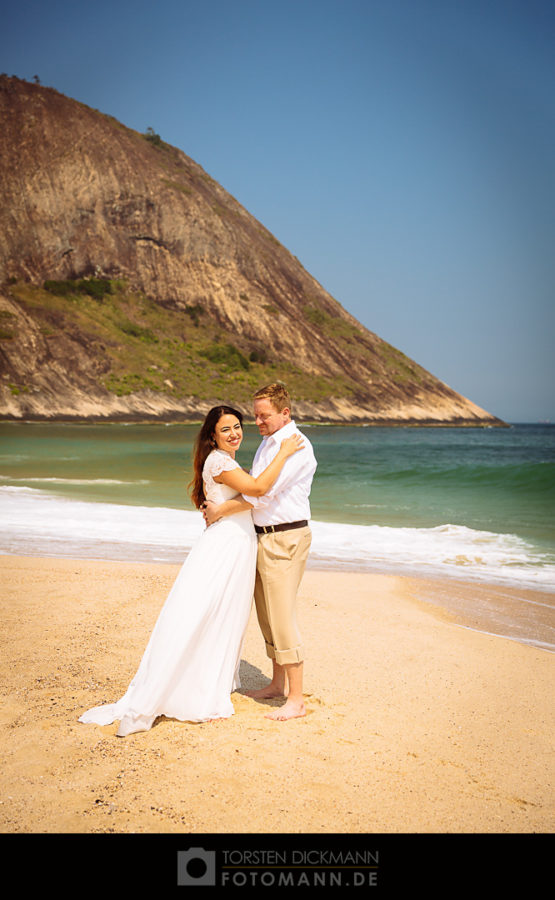 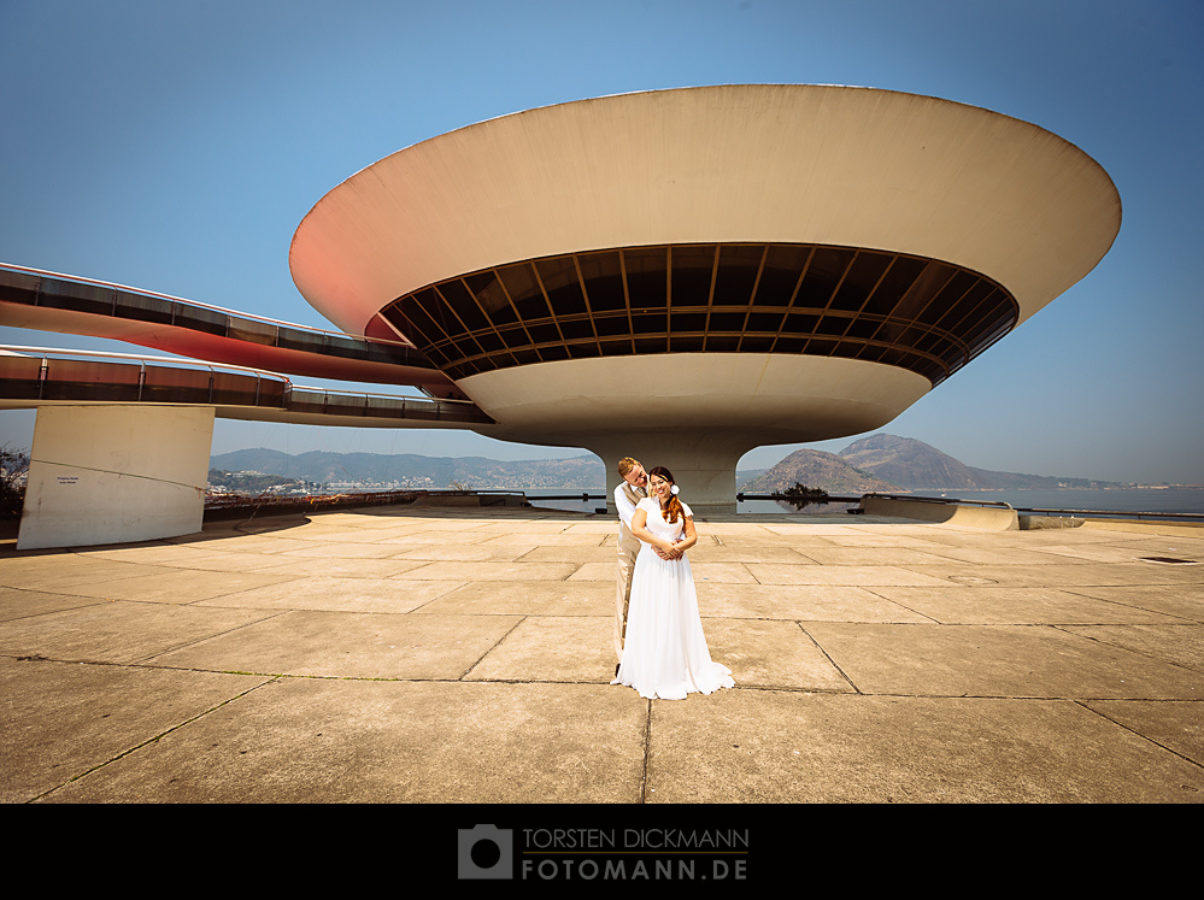 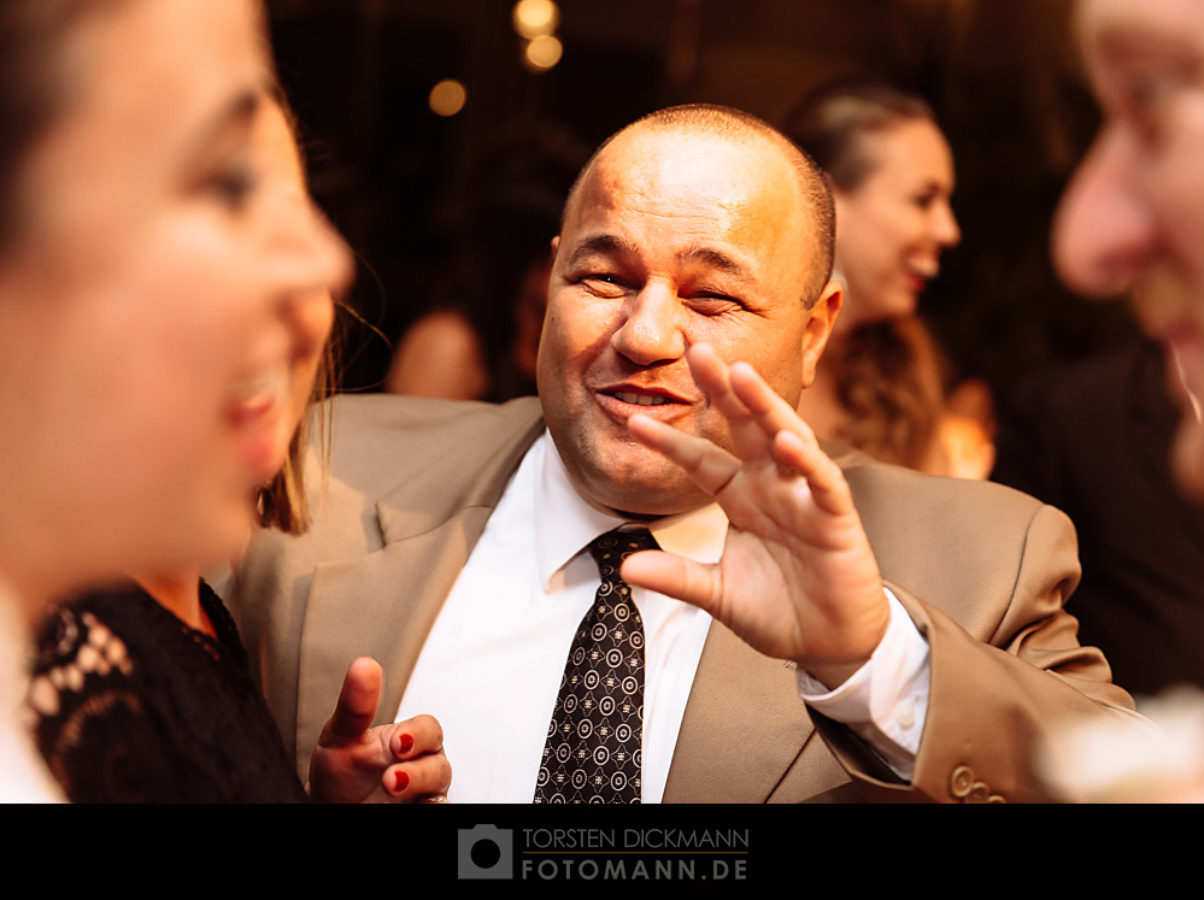 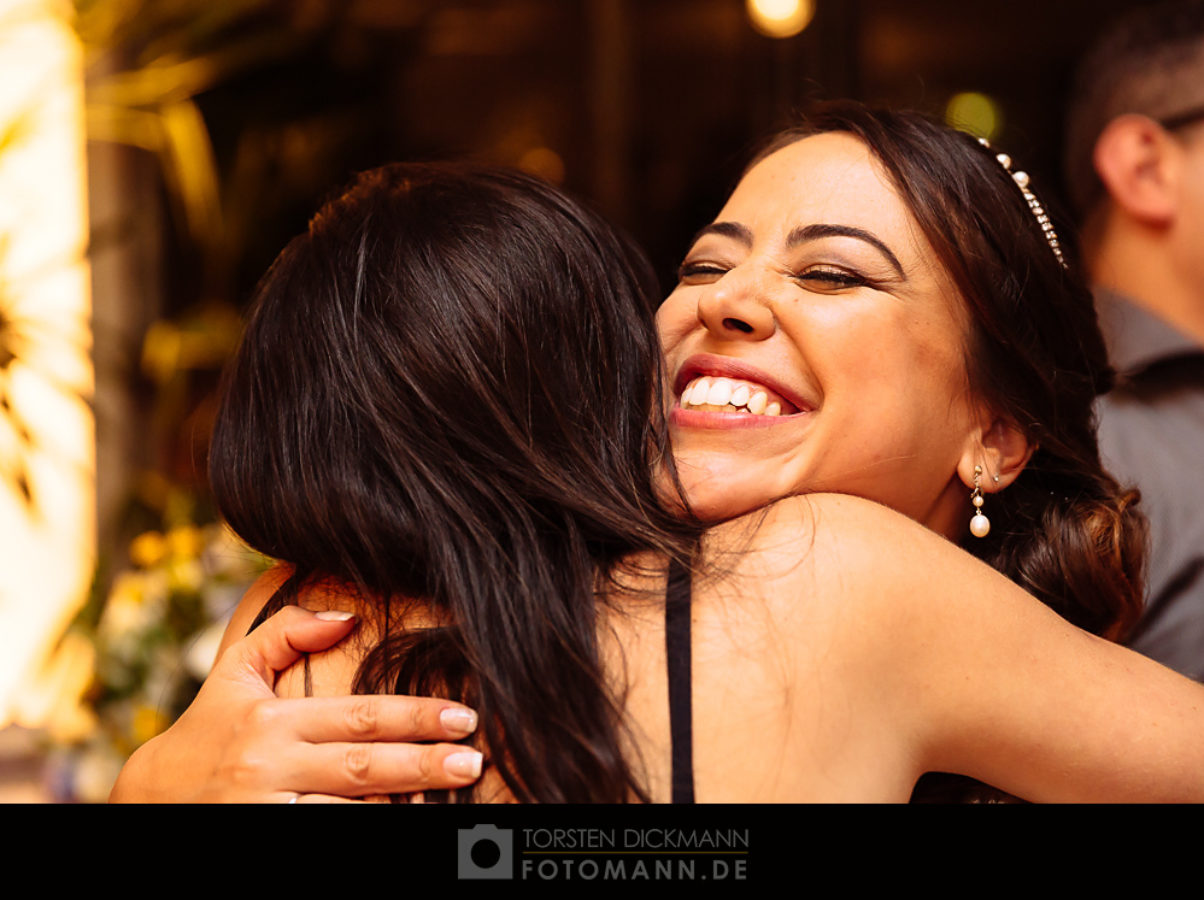 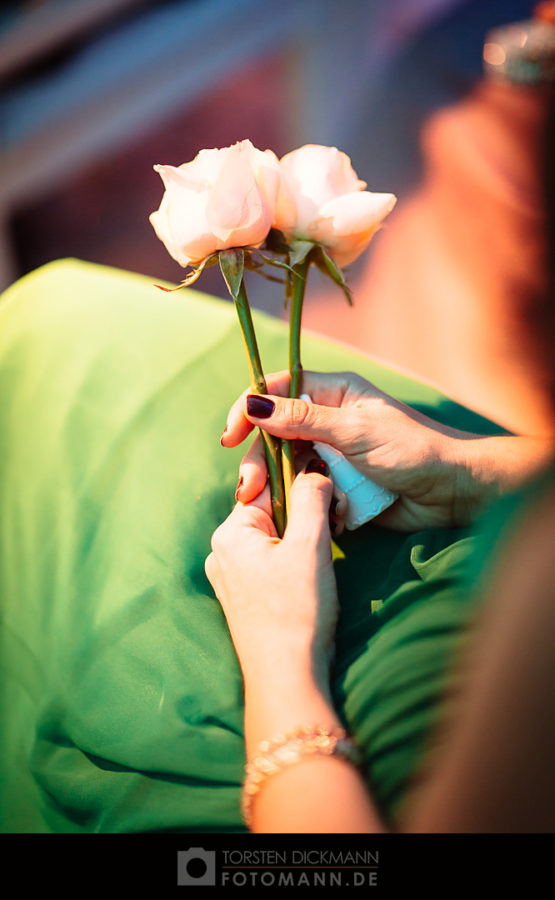 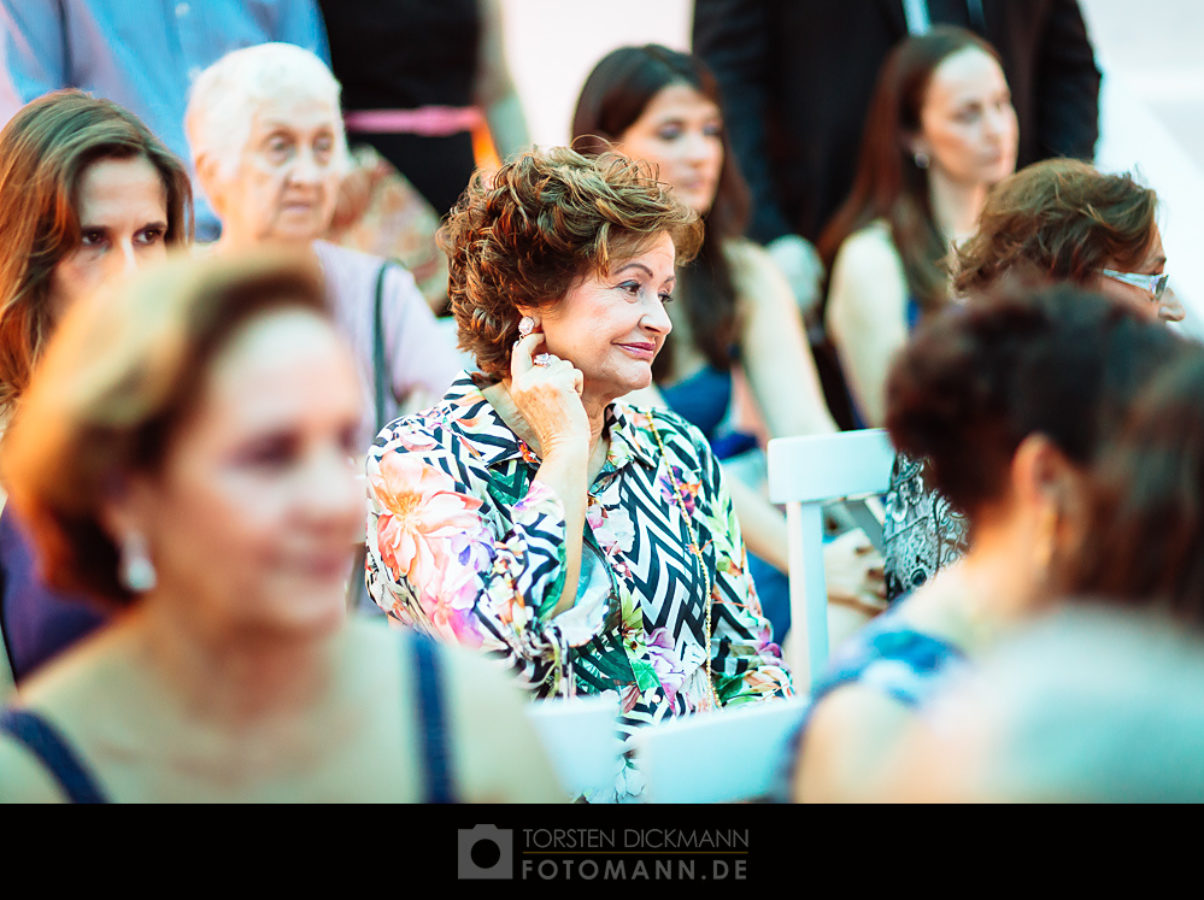 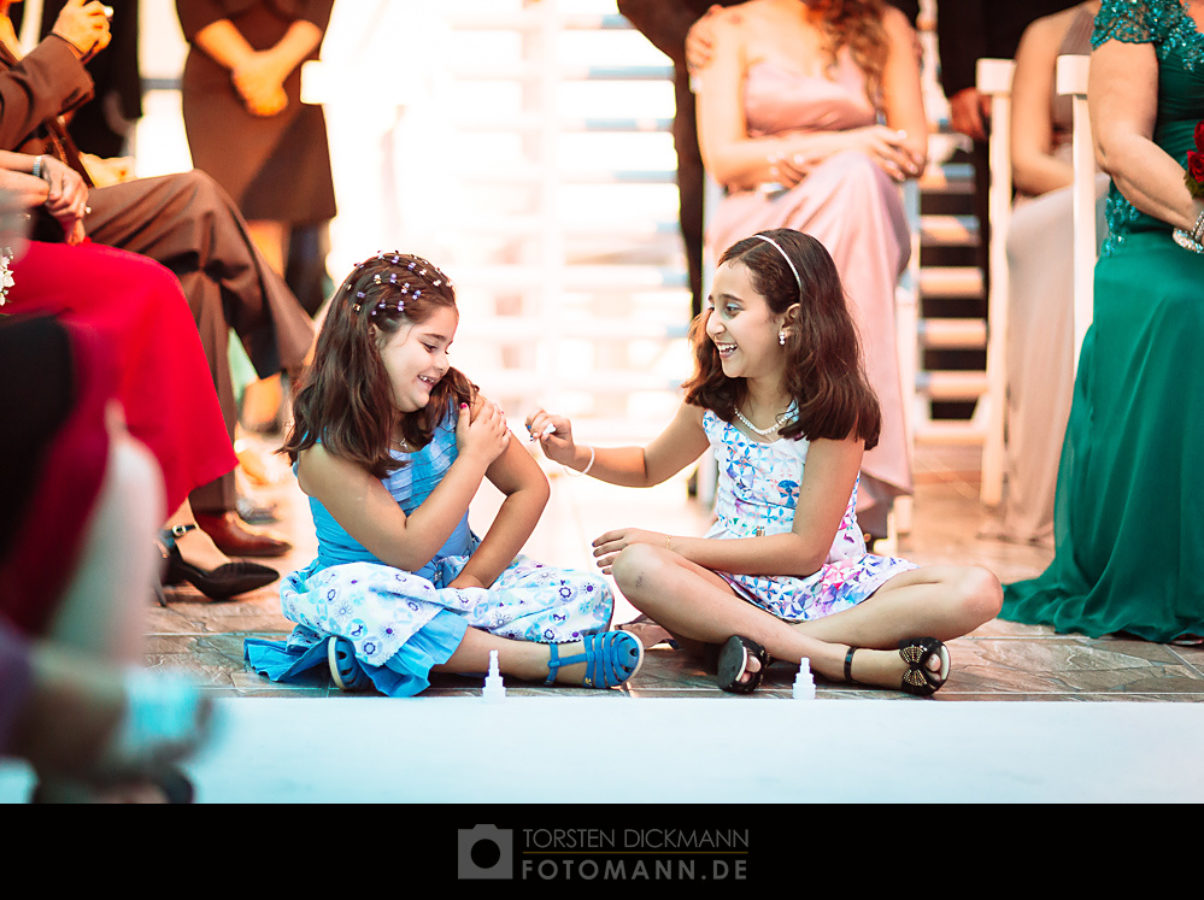